English Pronunciation tip- Sounds the ‘a’ Letter and Vowel Can Say In thinking about this English pronunciation tip for sounds the ‘a’ letter and vowel can say, I need to first explain something. If your background language is a phonetic language, then reading and pronouncing English can be quite confusing. A phonetic language is one where you write the words exactly as they are spoken, or […]

Accent Reduction- When ‘a’ says A – AUDIO training In my last lesson, I covered the most common sounds the ‘a’ letter and vowel can make. So in this accent reduction audio training lesson, you will learn about when the ‘a’ letter says its letter name – A.  In other words, how to tell if ‘a’ should be pronounced as A /eɪ/ as in […]

English Accent Reduction- 80% Of The Road To Success is….. Stop Being Confused- What sound is this in English? Because English letters can say more than one sound, sometimes it can become quite confusing and students ask me ‘what sound is this in English?’ The vowels in English can be especially confusing. This time I thought I would address the ‘a’ letter/vowel and hopefully reduce the confusion. What English sound is this? In British […] As I listen to audio assessments people have sent me, I notice there is some confusion regarding how British and Americans pronounce ‘er’ differently especially at the end of words. If you are speaking with a British accent or Australian accent generally, you don’t pronounce the /r/ sound when ‘er’ is at the end of […]

A common mistake people make when they’re learning how to pronounce English words, is to always pronounce words as they are written. There are lots of languages where how a word is written is how you you say it. Not so with English. About 80% of words in English can be pronounced more or less […] Did you know that English vowels in certain word endings have different meanings? If you know the meanings, it’s easier to understand what  the word means, and to pronounce the word correctly. This helps you speak more clearly, and helps you speak English better if you know what ending to apply. As well as this, […] 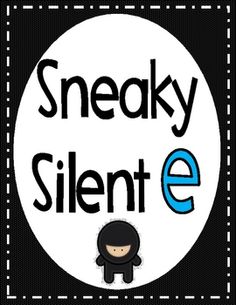 There are lots of little tricks  to next level English pronunciation. One of them is to know when the silent ‘e’ isn’t silent, and when it’s used as a ‘buffer vowel’. A buffer vowel is a vowel that isn’t normally pronounced, but that does get pronounced in certain situations. So silent ‘e’ is normally silent, […]